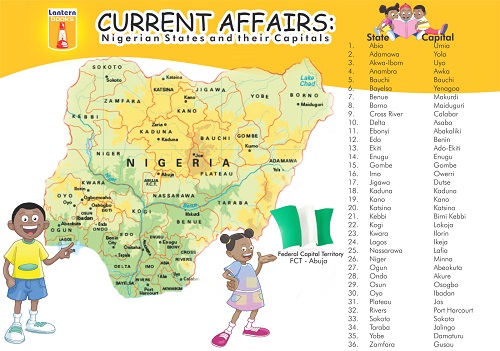 Current affairs questions appear in so many examinations and aptitude test settings. If you want to pass that exam, make sure you get your copy now.

Nigeria current affairs quiz are used in so many exams. These are;

We are Pastquestions.com.ng and we have compiled all the frequently asked questions in Nigeria current affairs from the pre-colonial Nigeria to date. We have also added new questions, new profiles, facts and figures to help you scale through any aptitude test that may come your way this year.

2. A parliamentary system, who ensures that member
s are in the house to vote on major issues
a. Party leaders
b. Speaker of the House
c. Clerk of the House
d. Whip

3. A system in which no single person serves as the
chief executive is known as a.
Republican b. Revolutionary
c. Collegial d. Parliamentary

4. A social system in which power is derived from c
ontrol over land is called
a. Oligarchy b. Feudalism
c. Socialism d. Welfarism

5. Rule of Law refers to situation in w
hich
a. Lawyers are the rulers
b. Laws are supreme
c. The judiciary is independent
d. Parliament makes laws

6. An important principle of the civil service is
a. Authoritarianism b. Anonymity
c. Nepotism d. Partisanship

8. A condition for judicial independence is the app
ointment of judges by the
a. Civil service commission
b. Judicial service Commission
c. Low Review Commission
d. The 1979 constitution

11. One of these was in existence before the outbre
ak of the second world war
a. The OAU b. The League of Nations
c. The UNO
d. The Commonwealth of Nations
e. ECOWAS
12. An important advantage of creating more constit
ution in a federal state is to
a. Enhance the PeopleÃ¢â‚¬â„¢s participation
b. Enable ambitious Politicians gain political powe
r
c. Make the states gain more power from the federal
government
d. Curb the excess of the federal government
13. Under the Presidential system
a. The party with the majority of seat forms the Ex
ecutive
b. There is the principle of collective responsibil
ity
c. The president may come from any of the parties
d. The states take instruction from the federal gov
ernment
14. Public opinion is important because it
a. Tells government what action it must take
b. Lets government know what the people want
c. Allows Police to manage crisis
d. Mothers the minorities in resource lean areas
e. Guarantees peopleÃ¢â‚¬â„¢s freedom and rights
15. Bicameral legislature exists
a. Where two cameras are used to monitor court proc
eedings
b. To prevent the concentration of power on legisla
tive house
c. To provide jobs for more politicians
d. To ensure that just laws are passed

16. Africans were first elected to the legislative
council in British West Africa in a. Ghana b. Sierra Leone
c. The Gambia d. Nigeria
17. One of the functions of the Ministry of externa
l affairs is the
a. Deportation of illegal aliens
b. Issuance of Passports
c. Defence of the CountryÃ¢â‚¬â„¢s Borders
d. Promotion of national interests
18. The leader of the Northern PeopleÃ¢â‚¬â„¢s cong
ress was
a. Yakubu Maitama Sule
b. AbubakarTafawa Balewa
c. Aminu Kano
d. Ahmadu Bello
19. The idea of democracy started with the
a. Romans b. Pensions d. Egyptians
20. In the Marxist theory, those who live by sellin
g their labour are called
a. Bourgeoisie b. Proletariats c. Feudal lords d. S
laves.

21. Which of the following is NOT an acceptable mea
ns of achieving democracy?
a. Referendum b. Recall
c. Initiative d. Riots
22 The branch of government responsible for impleme
nting laws is the
a. Executives b. Legislature d. Police
23. In a democracy, sovereignty is vested in a. The
community b. Public officials
c. Judges d. The head of State e. The Legislature
56

24. Universal Adult Suffrage means all
a. Adult citizens can vote
b. Citizens vote
c. Qualified citizens can vote
d. Literate citizens can vote
e. Adult males can vote
25. A bill that applies to the whole population and
is intended to promote the general
welfare is called
a. A private bill
b. A decree
c. An Appropriation bill
d. A public deal
e. An edict

1 Who was the first woman to be a pilot? Answers: Mrs. Chinyere Onyemucheya.

2. Who was the first woman to drive a car? Answers: Mrs. Olufunmiloyo Ramsome Kuti

3. Who was the first woman to be a Judge in Nigeria? Answers: Mrs. Rosemary Ukeje.

4. Who was the first Nigerian to speak a foreign language? Answers: Obi Esigie of Benin.

6. Who was the youngest Judge in the whole world? Answers: John Payton.

7. What is the name of the oldest bride in the world? Answers: Minnie Munro. She married at the age of 102 in point Clare, NSW, Australia.

8. What is the name of the oldest groom in the world? Answers: Harry Stevens. He married 81-year-old Thelma Lucas at the Caravilla retirement Home at the age of 103.

10. What does the eagle in the Nigerian coat of arm represent? Answer: Strength

Nigeria is a country which has the highest population in Africa continent.
Which is proved by the 21st to 25th March, 2006 population census.

Nigeria’s population was estimated to be about 140,000,000 people.(One hundred and forty Million)

Nigeria, which is officially known as The Federal Republic of Nigeria, stands as a boarder,
Benin Republic on the west,
Cameroon on the east,
Gulf of Guinea on the south,
Niger to the north.

Currently, Nigeria is made up of 36 STATES and the Federal Capital Territory (FCT).
With 109 senatorial districts,
360 federal constituencies,
990 state constituencies,
774 local governments,
8810 wards.

This are the names of Nigeria former colonial masters.
They are:

The first millitary head of state in Nigeria is:
General Aguiyi Ironsi.

The first executive President of Nigeria is:
Alhaji Shehu Shagari.

The first military president in Nigeria is:
General Ibrahim Babangida.

Part 3: Facts and Questions About Nigeria

#2. Who is the current INEC chairman?

#3. Who is the current NAFDAC Director General?

#4. Who is the current Inspector General of police?

#5. Current chairman of the African Union

#6. Who is the secretary General of the united nations

#7. Who is the current minister of education?

#8. Mention five rivers in Nigeria that share their names with a state.

#9. What was the first political party in Nigeria?

#10. Who is the current president of Nigeria?
Answer: Muhammadu Buhari

#11. Who is the current vice president of Nigeria?
Answer: Yemi Osibajo

#12. What does the eagle in the Nigerian coat of arm represent?
Answer: Strength

#13. Mention 5 past senate presidents of Nigeria.

#14. What do the two horses on the Nigerian coat of arm represent?
Answer: Dignity

#14. What was the black shield in the Nigerian coat of arm stand for?
Answer: Nigerian’s fertile soil

#16. What does the white colour in Nigerian flag stand for?
Answer: Peace

#17. What does the green colour in Nigerian flag represent?
Answer: Forests and abundant natural wealth of Nigeria

#18. Who is the current minister of finance?

#19. Who is the current minister of defence?

#20. Nigeria is divided into how many geopolitical zones?

#21. What was the first capital city in Nigeria?
Answer: Calabar

#22. Who is the current minister of FCT?
Answer: Muhammadu Bello

Answer: France
#28. Who was the first man to buy a car in Nigeria?
Answer: Bob Jensen

#29. Who was the first woman to drive a car in Nigeria?
Answer: Funmilayo Ransome Kuti

#30. What is the first TV station in Nigeria?
Answer: Western Nigerian Government Broadcasting Corporation (WNTV) in 1959

#31. Who is the current CBN Governor?
Answer: Godwin Emefiele

#32. Where was crude oil first discovered in Nigeria?
Answer: Oloibiri Oilfield, located in Oloibiri in Ogbia LGA of Bayelsa State

#33. Who was the first Nigerian to become a Noble Laureate?
Answer: Wole Soyinka

#34. Who is the Nigerian current speaker of house of Assembly?
Answer: Yakubu Dogara

#35. Who is the minister for petroleum resources in Nigeria?
Answer: President Muhammudu Buhari

#36. Who is the current chief justice of Nigeria?
Answer: Walter Samuel Nkanu Onnoghen

#38. When was the first military coup carried out in Nigeria?
Answer: 1966

#40. Who is the first Nigerian president?
Answer: Dr Nnamdi Azikiwe

#43. What is the largest continent in the world?
Answer: ASIA with population of 3,641,000,000 while Australia & Oceania is the smallest continent